‘Return to Fluxus’ is  a video art of Ph.D. Remigijus Venckus created in a period of 2002 – 2018. The video will be presented within the programme ‘Directors Lounge Screening’ at Z-Bar 29 March 2018, 9pm. Next day 7pm. Join us for R Venckus’ and Klaus W. Eisenlohr’s talk at (World in a Room Gallery (Brunhildstraße 7, 10829 Berlin-Schöneberg, Germany)

Joining us from Lithuania, Remigijus Venckus will present his work at Directors Lounge Screening at Z-Bar. The artist presents his videos on occasion of an exhibition at the gallery ‘World in A Room’ in Berlin. The films are mostly short captured impressions from daily life, recorded and edited in the style of experimental film with references to films from early 60s and 70s, however, in a much more playful manner and stance.

It may be interesting to remark that Jonas Mekas and George Maciunas, US artists, connected with ‘avant-garde film’ and Fluxus, are both originally from Lithuania and were first connected with the Lithuanian emigration community in the United States. Mekas talks about this in his film ‘Walden / Lost, Lost, Lost’ (1969 / 1976). In his opinion, he arrived in New York, and on the art scene, only after he left the group of experts. In the post-soviet era, after 1989, it seems that at least part of the art scene in Lithuania has embraced the two artists and somehow repatriated them, together with Fluxus.

R. Venckus makes direct reference to Fluxus and the experimental films of the 60’s. In contrast to those artists, however, R. Venckus’ films play with forms and references in a much lighter way than those artists’ from the 60’s, whose humor was acidly addressed at the opposed notion of ‘high art’. Mekas, as director of the Anthology Film Archive, for example, tried hard to create a canon of avant-garde in order to establish the film as a serious art form. Those struggles seem to be far in the past, when looking at R. Venckus’ early films.

However, the landscapes appearing in his films mostly seem to be dark and grey, not happy, and the struggles may be different, less about art concepts and the seriousness of a style, but a struggle with society and with a new kind of conservatism in art and in public discourse, nonetheless. His more recent films address those struggles differently, and in a more direct way. ‘My success story’ (2013), an autobiographical film essay, has never been shown in Lithuania yet. The film talks about the difficulties of fighting against prejudices and homophobia in the surroundings of conservative academia. His newest film ‘The Letter’ (2018), on the other hand, turns a love letter into a poetic sound and images of dance by a male dancer intermitted with urban landscapes during the winter time. The voice, reading, or better, reciting the words of the letter turn the movements of the dance into a song of praise and lament. The addressee stays unknown to the viewer, or the viewer may find himself being addressed as a possible sender or recipient of the letter. 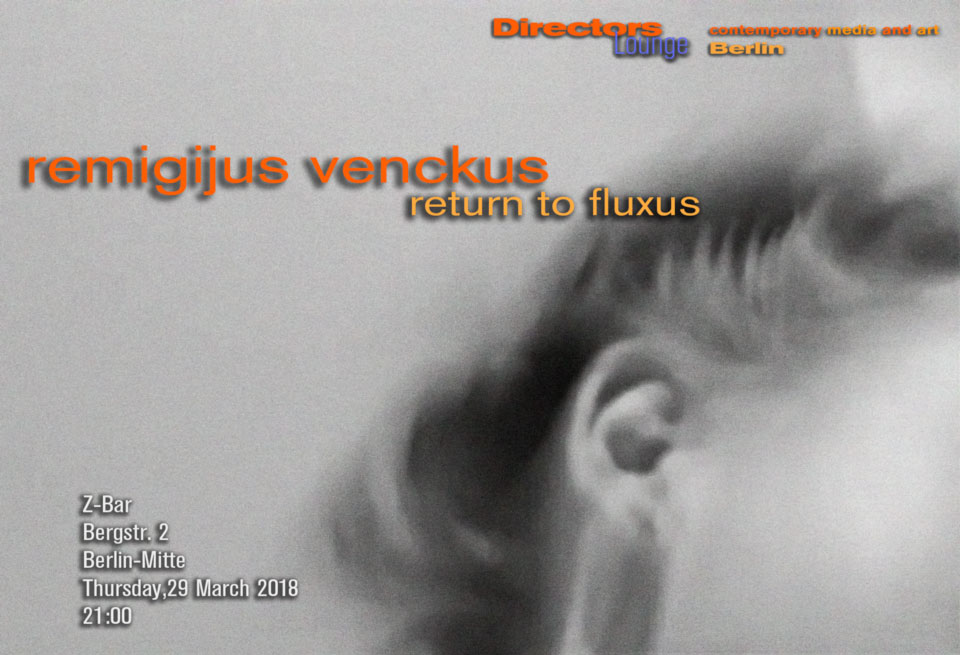 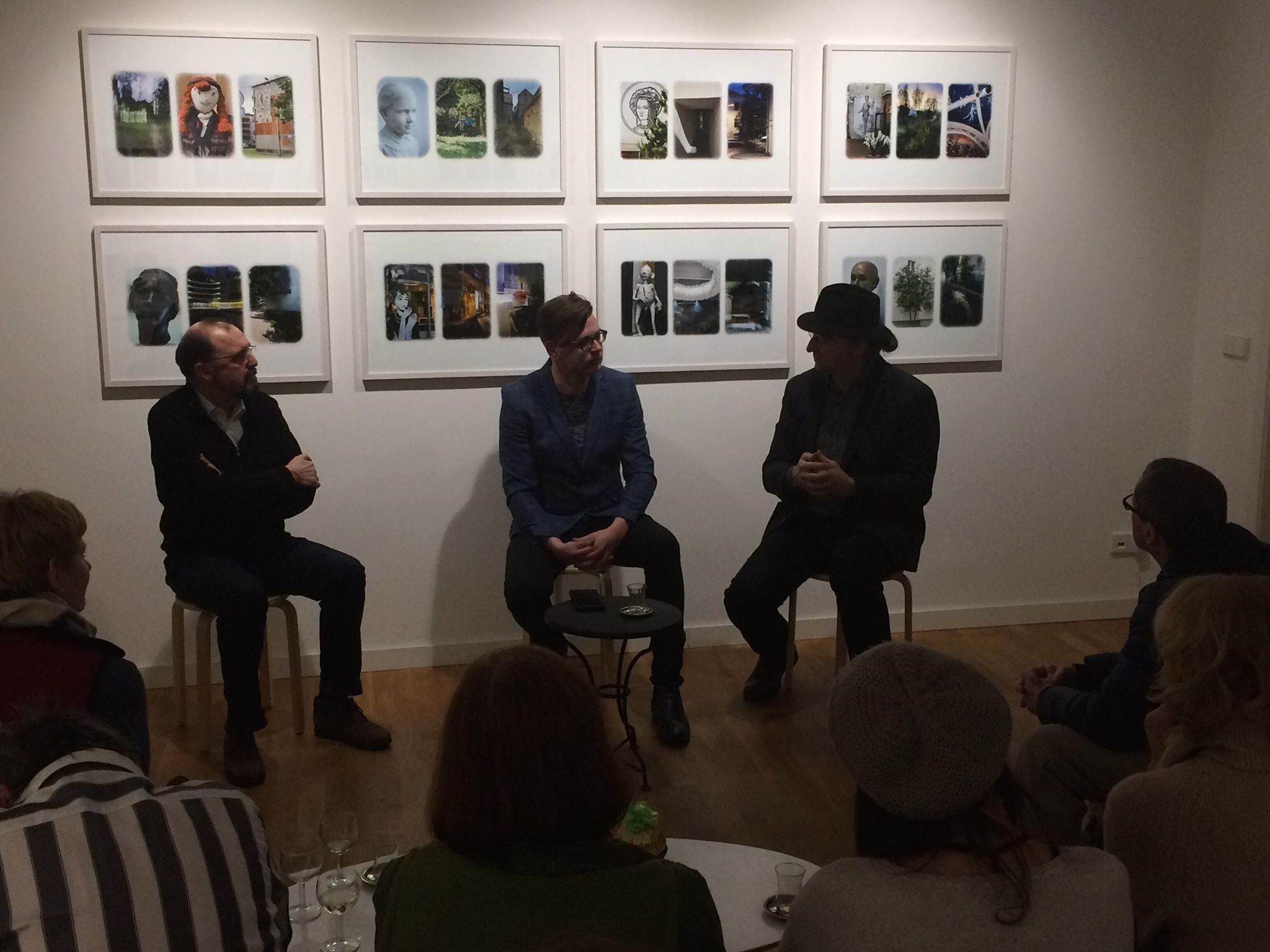 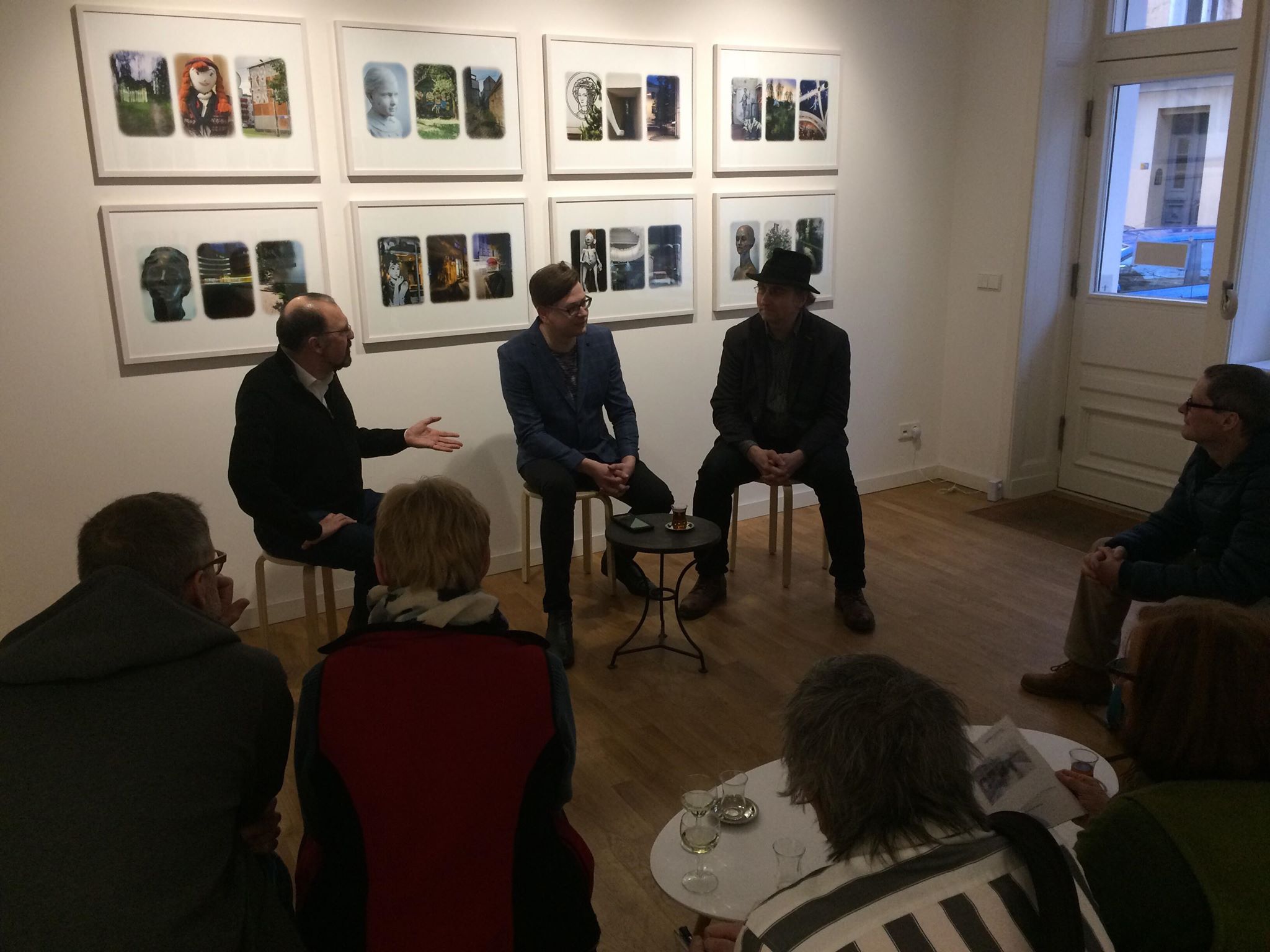 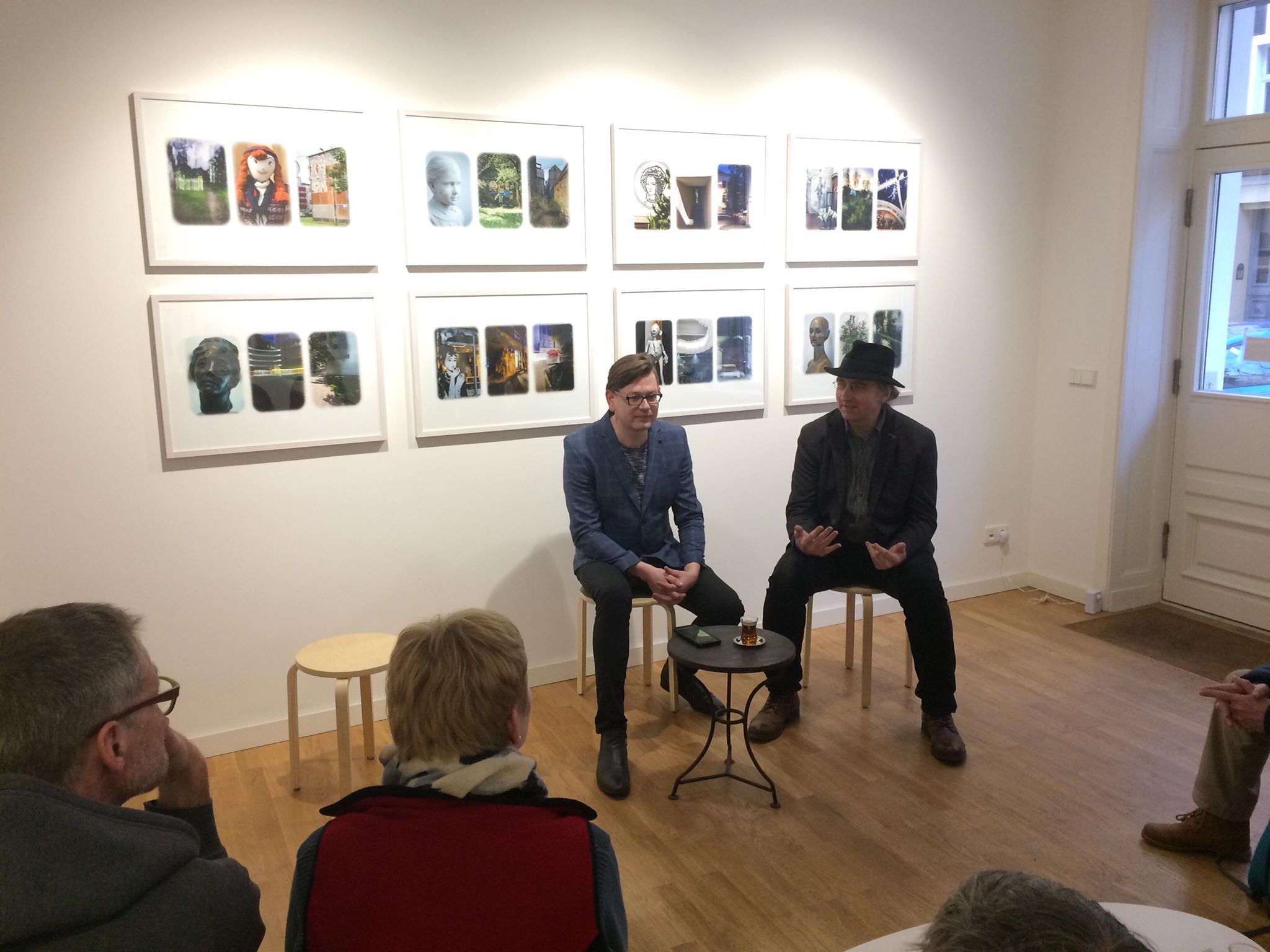 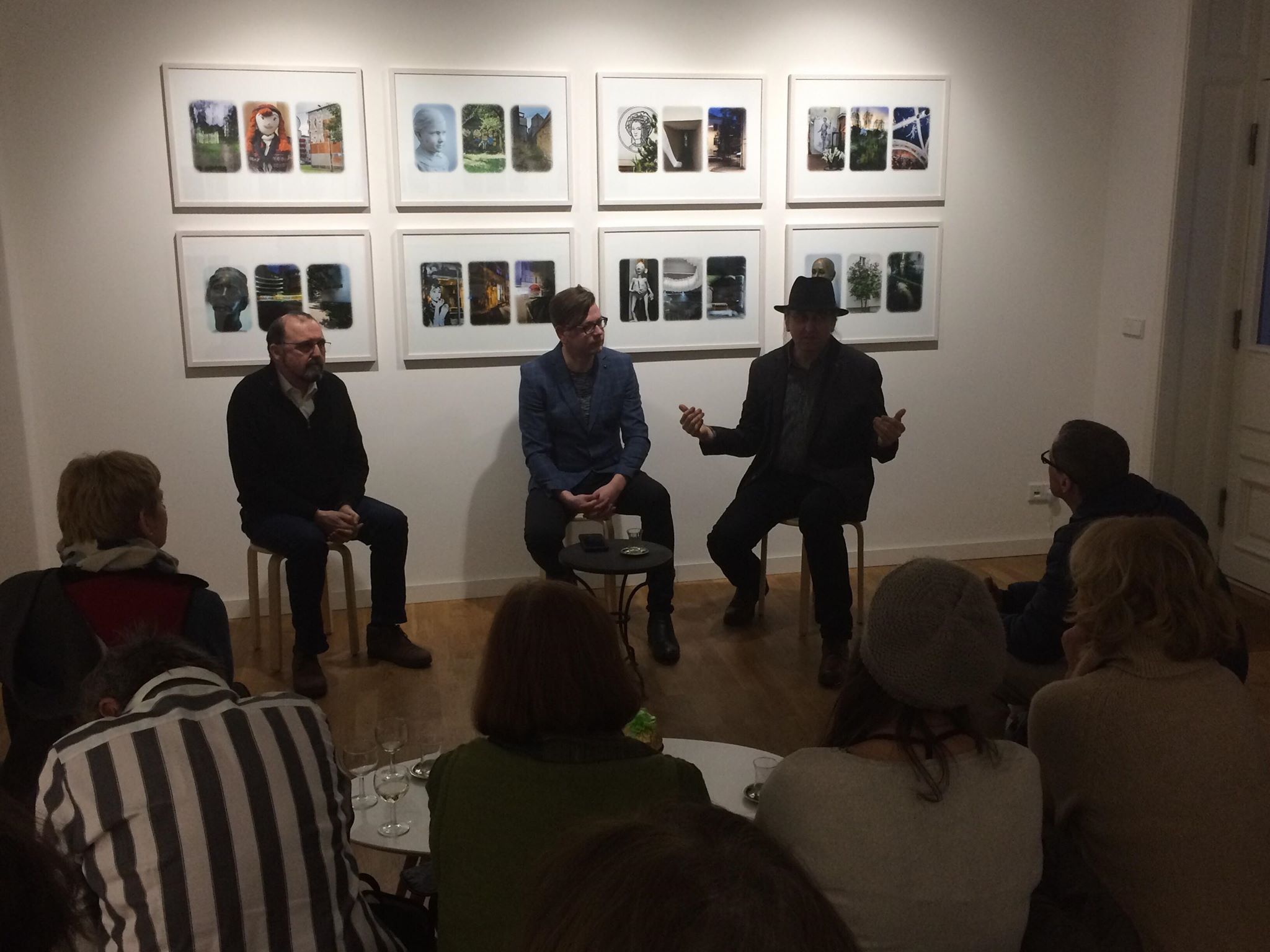 The latest films by Venckus may be understood as a meaningful gesture of denial or negation, at the same time, it turns out to be a sculptural process, as the portrait shot becomes a contemporary moving bust. Another brand new set of video will combine strong music rhythms, dance performances and city scapes, bringing together the classical body figuration and urban space.